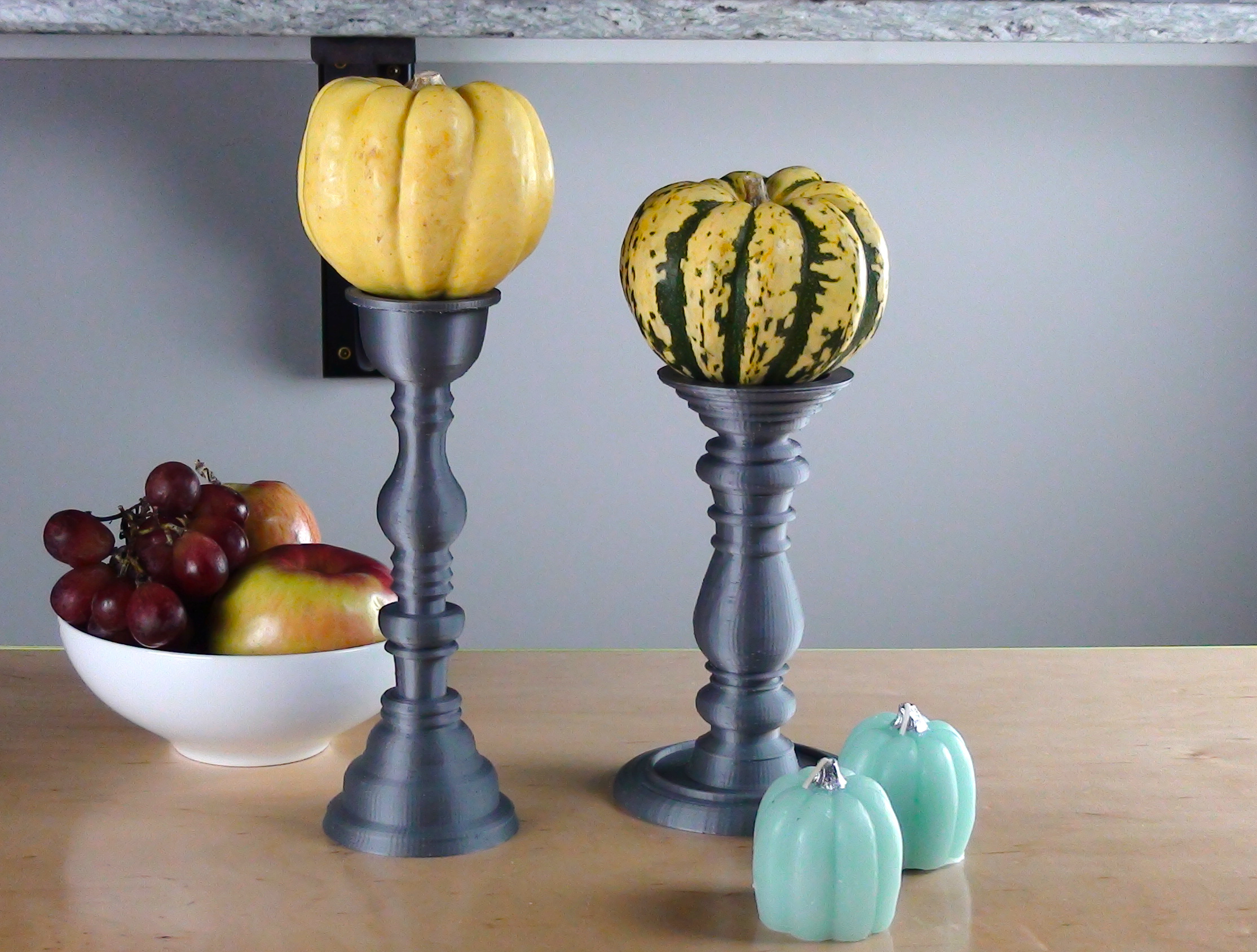 Living Hinges aren’t just for CNC work, they can be 3d printed as well. Stereolithography files of models designed with hinges have popped up on various online printing communities. Recently, I entered Instructables’ Lamps and Lighting contest with a project called Hinge Shade Empty Filament Spool Lamp. It features hinge pattern one from another Instructables post – Patterns Collection – for Bending Rigid Materials. I chose the pattern, thinking I could get a non-bordered print to bend in two directions. My attempt was unsuccessful.

In an Instructables post entitled, Curved Laser Bent Wood, Aaron Porterfield shared his experiments with various hinge designs. He was searching for a hinge that was capable of bending in more than one direction and found one that could bend in a diagonal as well as parallel direction.

You can make living hinges in Inkscape by installing an extension. Once unzipped, the extension must be copied to Inkscape>share>extensions. Instructions on how to access the extension are given on this WIKI page.

I was curious about the history of living hinges and conducted a search. Google led me to patent 7,685,676 filed on February 24, 2006 for a living hinge. The patent was filed by W. Thomas McCellan, who passed away August 24, 2014. The patent expired on March 30, 2018 due to non-payment of maintenance fees; however, it can be reinstated. “If a maintenance fee has not been paid in a timely manner and the owner of the patent wants to get the patent rights reinstated, a petition and proper fees are required.” –United States Patent And Trademark Office (USPTO)

I saw a few patents filed within the last ten years connected to living hinges. One patent is for eyewear: “3D printed eyewear frame with integrated hinge and methods of manufacture.” Integrated is another name for living when it comes to hinges. The assignee for the patent is Materialise N.V., owners of i.materialise, the online 3d printing platform.

McCellan’s patent is set to expire completely around February 2026, but this cannot be confirmed by USPTO as they do not calculate expiration dates for patents. “In response to patent owner and public inquiry, the USPTO provides a downloadable patent term calculator as a resource to help the public estimate the expiration date of a patent.” All things considered, it does not appear that one can play fast and loose with creating designs that include living hinges, especially if it will offered for sale, without checking with the patent office first.

END_OF_DOCUMENT_TOKEN_TO_BE_REPLACED

Sometimes, you end up doing something you didn’t know you had an interest in doing and you become obsessed with it. Such is my now near addiction to empty filament spools. I’m not at the point where I want to buy filament just to print models for empty spools, but I feel myself drawing close. I compiled a collection of empty filament spools ideas in my last post. Later, I made a video of the top ten ideas (my opinion only). As you can see from this post, I have made one of the models from the top ten, Spool Tree House by Loaders. I suppose it is to be expected that the Founder of a home décor and furniture ecommerce business, would select a house model to print first. What’s next from the top ten? I estimate it will take a few months to have enough spools for the next empty spool project. I will post it when it’s completed.

END_OF_DOCUMENT_TOKEN_TO_BE_REPLACED

What to do with empty filament spools? That question has been asked for some years now. I have seen it asked more frequently in Facebook printer groups during the past few months. The answer has not changed much over the years. Some filament providers have changed from using plastic to cardboard, but there are plenty who continue using plastic. Filamentive accepts returns of their 2.3 kg spools. Stratasys accepts returns of their spools as well. AzureFilm offers a reward of 1 kg for the return of their spools. Customers get 1kg of PETG for ten empty returned spools. If you live near New Zealand, your empty spools will be gladly accepted by a filament provider with the moniker “wingmaster” in the Reprap Forum. If these solutions do not help you, then read on for things you can make.

END_OF_DOCUMENT_TOKEN_TO_BE_REPLACED 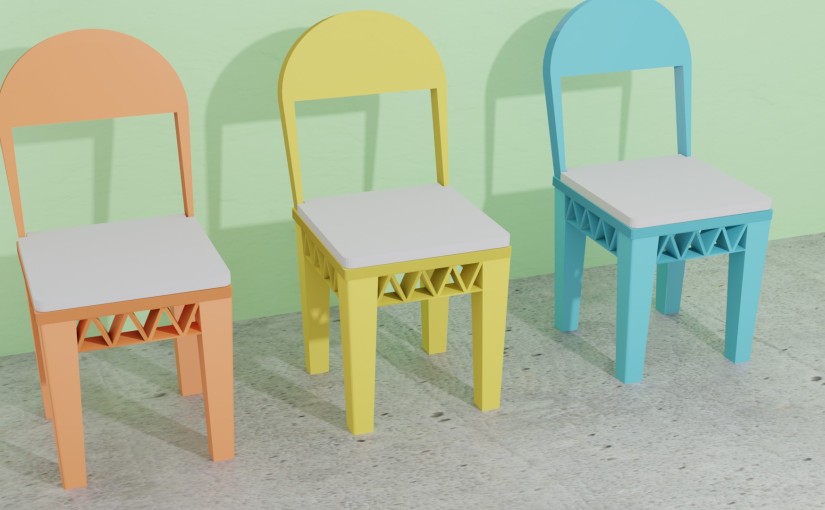 Upon seeing an announcement about colorFabb’s LW-PLA, my first thought was cushions. The filament was on back order at the time and I waited a few months for it to arrive. I waited again before I tried printing with the filament as I learned a direct drive extruder was best. Finally, in February I was able to begin printing. I wanted to assess its squish factor after foaming and followed the advice of a couple of people who had experimented with it, namely, RichRap3d and Stefan of CNC Kitchen. I tried a few different methods, but learned that there was not much of a squish factor. I was disappointed. The photo below shows some tests.

END_OF_DOCUMENT_TOKEN_TO_BE_REPLACED

There are two reasons I installed a second z-axis; one reason was to balance the weight of a direct drive extruder I planned to install. The other reason was to balance the weight of the x-axis in general. I noticed in December that the axis was lower on the right side of the machine by about 4 mm. Considering that my first 3D printer was about 13 inches wide with dual z-axes, I was always leery about having a printer with a wider width and one z-axis. I suppose this upgrade was inevitable.